Don't be like Mike. Choosing the correct 12V pump for your sprayer. 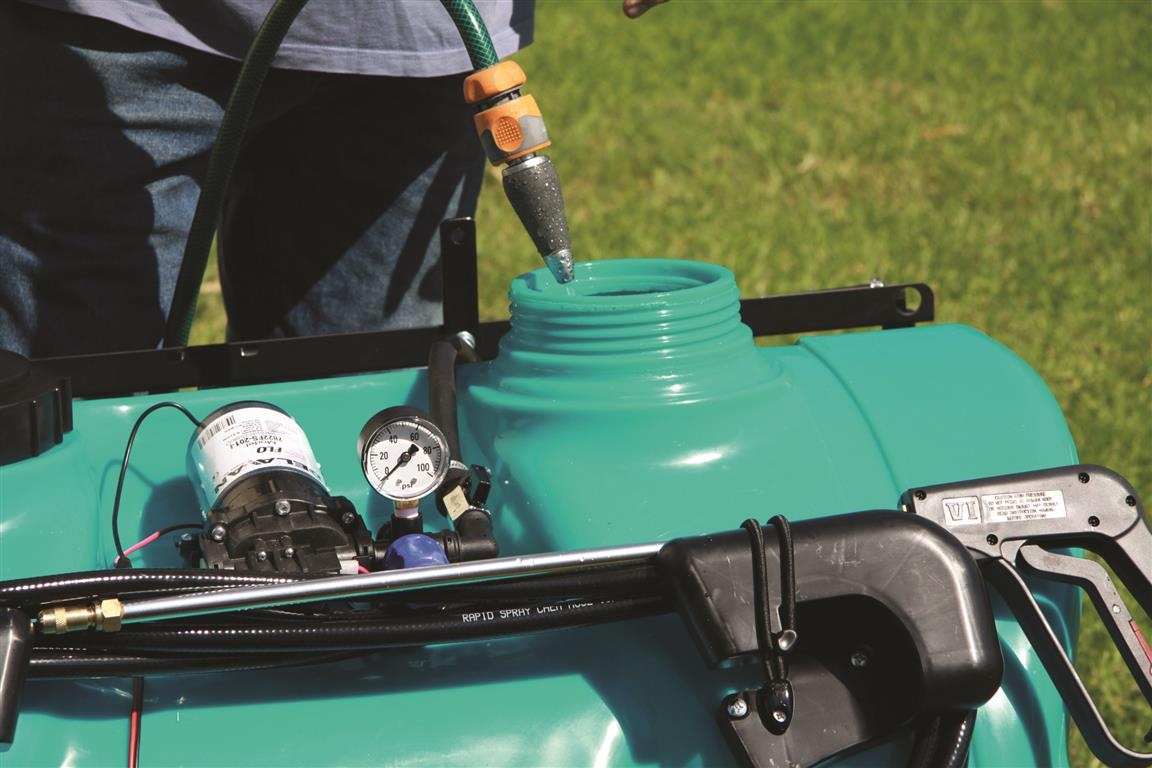 Whether you're setting up a spot spraying unit for the back of your UTV, or fitting a trailer sprayer with a 4m boom, choosing the correct 12V pump can often be confusing for anyone, especially Muddled Mike . Today we are going to run through the basics for choosing what litres per minute (LPM) and pressure (PSI) you should be aiming for with your 12V pump.

Unlike Rapid Spray Ray, Muddled Mike is always gets things, well, muddled! Thankfully Ray is there to help Mike out, and show him why it is important to choose the correct 12V pump for his spray unit!

Everyone who is spraying would be aware that if your pump isn't at a high enough LPM, then you aren't going to be getting an even spray pattern because the pressure isn't high enough to build up in the delivery hose and gun or boom. You won't be able to cover any area properly, and your spray distance will be the length of your arm.

However, we also need to consider what could happen if your pump has too much LPM - let's look an a example of Muddled Mike getting this very wrong!

Muddled Mike purchased a replacement pump for his 150L spray trailer with a 2m boom. He decided to up-size his 4LPM 60psi pump to a brand new 15LPM 60psi pump. Mike received all the new fittings free with the pump, and with the new pump having the same footprint as his old one, he was able to hook it straight up to his spray trailer.

But now he has a 15LPM pump fitted with a 12mm suction hose and a 10mm delivery hose connected to a boom with two nozzles. Let's see how he went!

Mike started up his sprayer, but his pump is an on-demand pump, so the pump built up pressure and then cut itself off. He pressed on, and started spraying with his boom, but the pump started building pressure again until, just a few seconds later, the pressure switch kicks back in and the pump cuts out. And then back on. Then off. Then on again in rapid succession. The spray pattern coming out of Mike's boom started pulsating from this rapid cutting out of the pump, making Mike's spraying pattern uneven as he went along. Mike thought this was strange, but continued on.

Mike used his sprayer for a few days but, one day, mid spraying, the pump cut out and wouldn't go again.

Rapid Spray Ray, who was happily spraying next door, came over seeing Muddled Mike's confusion and saw immediately that his pressure switch had failed! 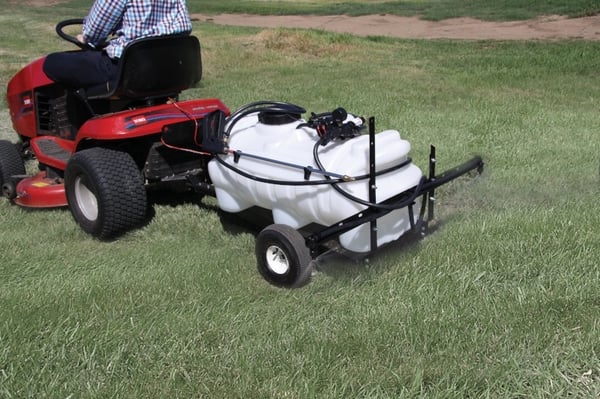 The rapid cutting out of Mike's pump was the first indication that his pump was simply too big for the unit he had it setup on. Having the over-sized pump led to the pressure building up in his delivery line too fast for it to come out of the boom nozzles. Unfortunately, Mike spent more money on a bigger pump only to get a worse result, and a broken pump. On top of that, because Mike wasn't using the pump correctly, the new pressure switch he needs to fix his pump, isn't covered by warranty.

What can Muddled Mike do next?

Rapid Spray Ray suggested he head down to his local dealer and see what options they had to offer, and now, Mike had a few decisions to make!

Mike could bite the bullet, and buy a new, more appropriately sized pump for his setup, but, even though he will now have the correct pump, and his unit working great again, this leaves Mike with a broken 15LPM pump that he doesn't need, and even more out of pocket.

After a few moments, the dealer advises that the most cost effective option for Mike would be to purchase the pressure switch to repair the pump, as well as a pressure regulator to fit on his unit.

A pressure regulator is a great accessory for any spray unit that allows you to set the pressure level you want with the knob on the regulator. This is made easier by getting an optional gauge for easy setting. It also doubles up as an agitator because any extra chemical pumped by the pump is returned by the regulator return line back into the tank. This stops the pressure switch on the pump from cutting out, and also agitates the chemical in the tank for a thorough, constant mixing.

Even though Mike has spent far more than he would have if had he had purchased the correct pump in the first place, he leaves the store feeling satisfied because now his unit is better equipped for boom spraying, and he can now adjust the amount of chemical out-put by his sprayer simply by changing the pressure.

But what about pressure?

You may have noticed that everything we have looked at so far was to do with the LPM of the pump, but haven't mentioned what amount of pressure you should be aiming for? This is because Mike was spraying with a boom but pressure is more important when spraying with a gun. We still need enough pressure in a boom, but a 40-60psi pump will easily handle a 4m spray boom.

For spot spray units, the pressure needed boils down to two things - how long? and how long?

If you want to increase your spray distance, then the higher pressure, the further the chemical will spray out of the nozzle.

Have a 30m hose reel on your unit? You will need more pressure to be able to push the chemical through that length of hose. For each metre you add to your hose, you are increasing the friction that the chemical is fighting against to get to your gun.

The best thing to do if you are unsure which pump is correct, is to check with your dealer before you purchase. He will find out what distance you want to spray and the length of your delivery hose. From that he will give you a recommendation of what pressure pump you will be needing. However, as a general rule, a 60psi pump will handle up to 15m of hose. If you have a longer hose, consider a 100psi pump to ensure maximum performance.

The most important lesson Muddled Mike has learned, is that when you are choosing the pump for your unit, if you aren't 100% sure of which size pump to choose, have a chat with his local dealer first - they are more than happy to help. As Mike found out, choosing the wrong pump can be very costly!

Don't be like Mike, talk to the right people today!

Below is a table of possible pump options to suit different applications. However as mentioned above, if you are unsure, please don't hesitate to contact us or your local dealer to find the correct pump for your unit. To achieve high performance for both boom spraying and spot spraying on one unit, a pressure regulator is highly recommended.