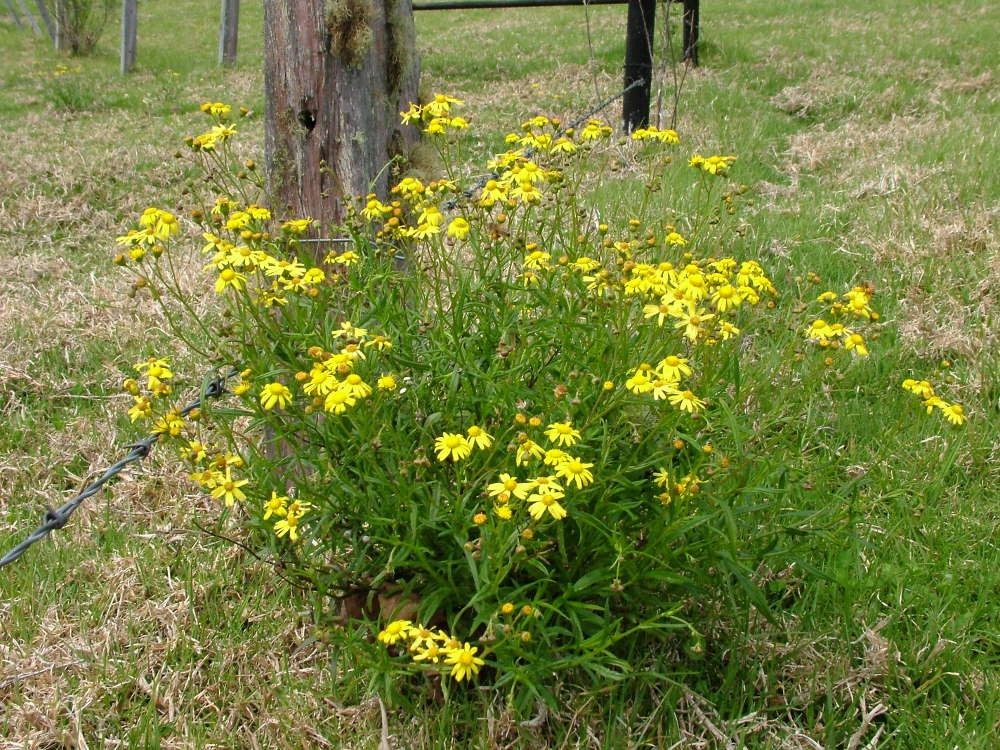 This must be how this livestock killing, daisy looking disaster of a weed, got its name. If you leave this weed untreated can easily infect entire pastures. Fireweed spreads easily and quickly.

Fireweed uses the wind to spread its light, fluffy seeds. Most seeds fall within five metres of the parent plant, but some seed travels further on windy days. The fluff can come away from the seed. The detached fluff can move long distances on the wind, and even further through human activity.

Fireweed reaches new areas, through livestock, clothing, vehicles and machinery, contaminated hay, silage and grain products movement of seed by wild animals. Do not bale pastures with fireweed for silage or hay, as the results can be terrible.

Simplest way to describe this weed - small, yellow and daisy-like, flowers that grow from 10 to 60 cm high. 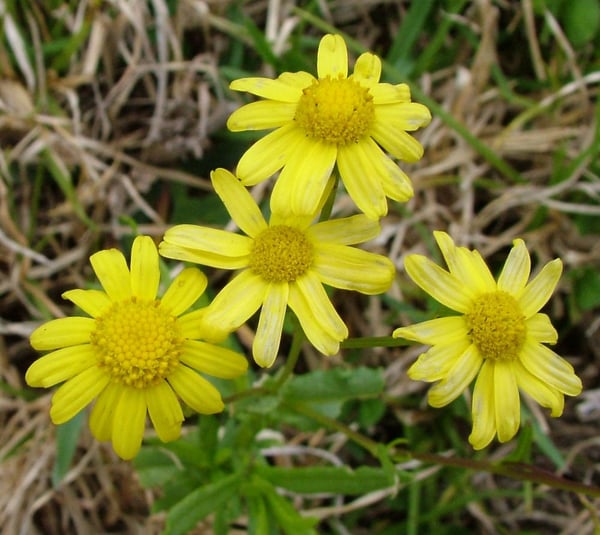 What does it do to my grazing animals?

In cattle, the most common problem is ill-thrift, sometimes accompanied by scouring, weight loss or failure to gain weight, and eventually death. Some affected cattle may also develop nervous signs due to brain damage.

Even though sheep and goats can tolerate it the effects build up over time.

Make sure other feed is available so your grazing animals are not poisoned by this toxic weed through accidental ingestion.

So how to you control it?

In pastures, combine grazing strategies, pasture improvements and strategic herbicide usage. Avoid grazing fireweed in late spring as it can promote its survival into the following year.

In environmental areas, hand pull individual plants, and spot spray herbicides. The best time of the year to fight fireweed with herbicide is late Autumn. This controls the peak numbers of seedlings and young plants. By late winter, herbicide treatments are much less effective.

Most new seedlings appear in Autumn (so now) when it rains and when the temperature is between 15–27°C. Seedlings grow fast and can flower quickly between 6-10 weeks after emerging.

Most plants die off by late spring, however they can live up to three years!

Long term follow up is essential, as 15% of seeds remain dormant for over 10 years.